Fuerteventura is the second largest island of the Canary Islands in the Atlantic and is located less than 100 km west of the Moroccan west coast. Its land area is 1660 km². With around 117,000 inhabitants, fewer people live here than on its neighboring island of Lanzarote, which is half the size. The capital and largest city with around 40,000 inhabitants is Puerto del Rosario on the east coast.

The Canary Islands are an autonomous region of Spain and belong to the European Union and the Schengen area. The currency is therefore the Euro. However, the Canary Islands are not part of the tax area for excise and VAT. As a result, the customs regulations for returning from a non-EU country apply when entering the country. If exemption limits are exceeded, import sales tax and, if applicable, consumption taxes are due.

Fuerteventura is the oldest of the Canary Islands and was formed around 20 million years ago as a result of volcanic activity. A few kilometers north is its sister island Lanzarote, with which it was even connected in the past, and to the west it is only 60 km  to Gran Canaria. To the east is the coast of the African continent (in Morocco) about 100 km away. The very short distance in recent years has increasingly led to more and more people from Africa trying to flee across the Atlantic with unseaworthy boats to the Canary Islands, especially Fuerteventura.

If you look at the island from above, you can see a clear division into the larger northern part, Maxorata, and the much smaller southern part, the Jandia peninsula. The narrow strip, which also creates a visual separation, is called Istmo de la Pared, and is the narrowest part of the island. In the northern part of the island plains alternate with low mountain ranges, even if the mountains look impressively high here, they are not really and hardly reach heights above 800 m. A few volcanic craters rise from the plain between Lajares and Corralejo, which date from the last period of volcanic activity. On Jandia the central mountains dominate, here there are only a few flat plains on the coast.

As on all Canary Islands, the climate here is very mild all year round, which has earned them the nickname “Islands of Eternal Spring”. The maximum daily temperatures fluctuate between 20 ° C in January and just below 30 ° C from July to September. It is a little warmer in the south of the island around Morro Jable than in the north in Corralejo. Precipitation is very low, which of course has an impact on the vegetation. In general, it rains a little more frequently between November and February, but the amount of rain is very manageable and the duration is very short. The reason for this is the lack of really high mountains. The highest point on Fuerteventura is the Pico de la Zarza with a height of just 807 m. Therefore, the clouds simply move over the island without raining down on the mountain peaks, as it is on many other Canary Islands with the exception of Lanzarote.

The water temperatures are constantly above 20°C between June and October and can drop to 17 or 18 ° C in winter. Anyone who is used to the Baltic Sea as a German will also go swimming in the Atlantic without hesitation. If that’s too cold for you, just go to the hotels in the pools there. There the water is often heated to approx. 25°C.

A strong wind blows very often on Fuerteventura, which is why there are many windsurfers and kite surfers here. A special phenomenon is the calima, a hot wind from the east that causes temperatures to skyrocket. Then the sky can turn yellow or even darker due to the sand brought with you.

Due to the low rainfall and human influences such as clearing or keeping goats, the vegetation is very sparse. Larger forests like on Tenerife don’t exist and many palm trees only grow because of artificial irrigation. Otherwise, more plants grow here that are found in deserts or desert-like areas, you can find beach lavender, yellow gorse and limb here. The Canarian milkweed Euphorbia handiensis, which can be found e.g. on Jandia near Cofete, is endemic and very typical. If it rains a little more frequently in the winter months, some parts of the island become very green and colorful, which is why a visit in the winter months is definitely worthwhile.

Typically, you travel to Fuerteventura by plane. The international airport is located a few kilometers south of the island’s capital, Puerto del Rosario, and there are direct flights from most German airports. The flight time from Germany is between four and just under 5 hours, depending on the departure airport. There are also flight connections to other Canary Islands such as Gran Canaria, Tenerife (only Tenerife North is served here) and La Palma.

In theory, it is also possible to arrive by ferry. From Corralejo there is a ferry to Playa Blanca on Lanzarote, from Morro Jable there are regular ferries to Las Palmas on Gran Canaria. You can also visit other islands, which is also popular with the locals.

The road network is well developed and due to the low population density there are seldom major traffic jams. There is a network of regional bus routes in public road traffic, with line 1 being the most important connection between Morro Jable in the south and Puerto del Rosario and being served every hour.

However, if you want to move around the island independently, you hate to rent a car. You can either do this directly at the airport and do not have to rely on transfers by bus, or you can rent a car at a rental car station, which can be found in every larger town. Renting at the airport is particularly recommended if the hotel you have booked is located far south near Morro Jable. Since the buses used by the organizers always go to several hotels, the journey to Morro Jable can take 90 minutes to two hours. With the rental car you can do this in about an hour and then you usually arrive at the hotel before the other visitors and can check in faster.

A GPS in the car is  absolutely not necessary, a simple map and a previous look at it are usually sufficient to reach the destination without problems. Nevertheless, many rental cars already have a built-in GPS, which makes the whole thing a bit more convenient.

However, there is one more important piece of information that every driver should consider: In the south of the Jandia peninsula, the paved and paved roads end shortly after Morro Jable and are only gravel roads. Actually all rental car companies forbid it to move with the rented cars on these streets. This is then stated in the rental agreements and should be observed. The police check here more often and then report this to the companies, so that you have to pay fines and possibly lose your insurance cover. Therefore, when visiting this area, you should look for a provider who offers appropriate tours. We have done this and can only recommend it. 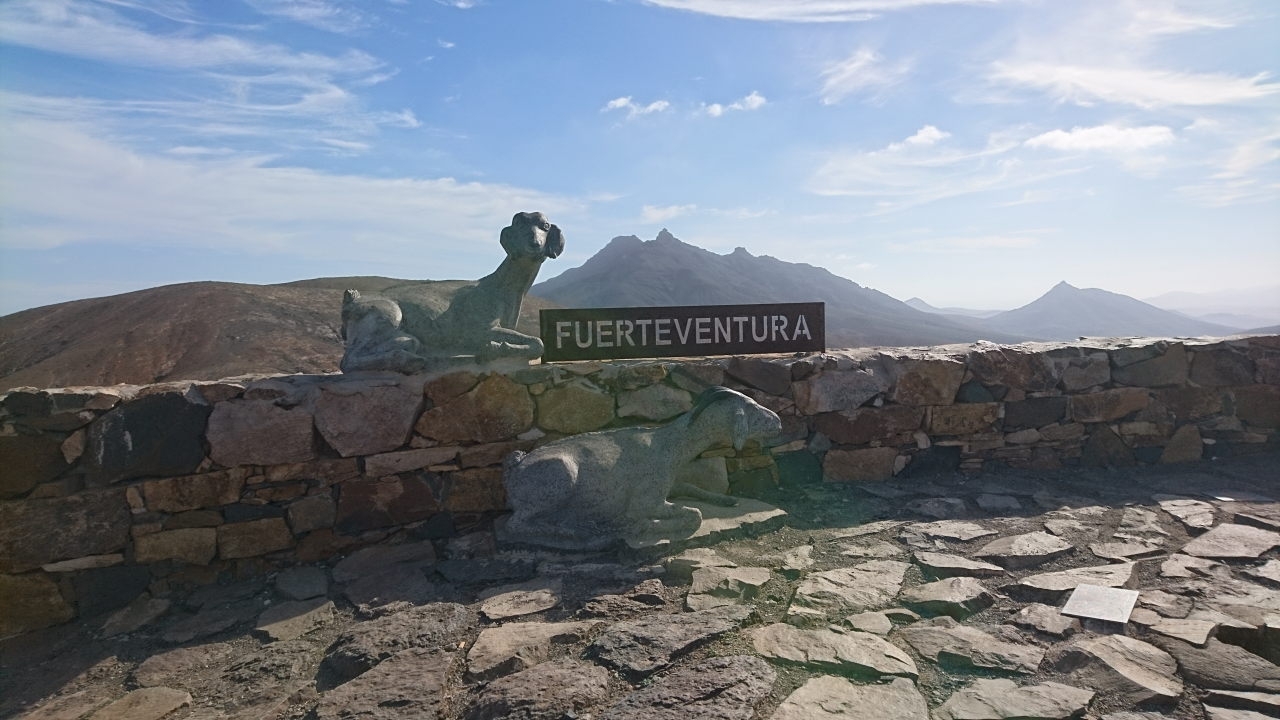