Arta – An insider’s tip on Mallorca

Mallorca is the Germans’ favorite island in the Mediterranean sea. But because of that mass tourism, especially near the island’s capital Palma de Mallorca and lots of tourists, whose only goal is to be completely drunk during the whole holiday, the reputation of the island is not the best. But honestly, I think if you stay away from that centers of mass tourism, you will find a beautiful island with lots of fantastic sides. I want to report about one of them, which we discovered during our vacation in 2016.

So, we had organized everything on our own: I booked the flights directly at Eurowings, rented a car (unfortunately the rental station was quite far away from the airport and we had to wait for more than two hours to get the car) and also the apartment in Port d’Alcudia was booked at fewo-direkt.

The apartment was great: two bedrooms with fully equipped kitchen, full bathroom and living room, plus a nice patio. The housekeeper was an older woman named Erika. She was retired and earned some money by taking care of the costumers for the German couple, who owned the house. She gave us the tip to visit the weekly market in Arta on Tuesday.

And this was, what we did the next day: driving to Arta and visiting the market. Arta is not very far from Port d’Alcudia, maybe 20 minutes by car.

On Tuesday late morning we drove to Arta. Especially on market days like Tuesday it is a good idea, to park the car outside of the town and take a walk to the center. The local market is held every Tuesday from 10.30 am to 1.30 pm and the small streets are really crowded by tourists. At the market you can find the usual stuff, you would expect on such markets, clothes, hand bags, local craftsmanship and so on. And there are local Indio bands from South America, very traditional.

As the market closes at 1:30 pm, the streets will get empty very soon and Arta will become a very cozy small town until the next market starts on week later. So we found a small regional museum, where we purchased combined tickets, with which we got discounts visiting other places of interest. So it was clear, that we would com back during our one week vacation.

After we had finished our visit in the museum we went into the direction of the Sant Salvador, which can be seen from far away and lies above the town. But we decided not to go to the fortress and visited the church Transfiguració del Senyor, which is located directly under neath the fortress. 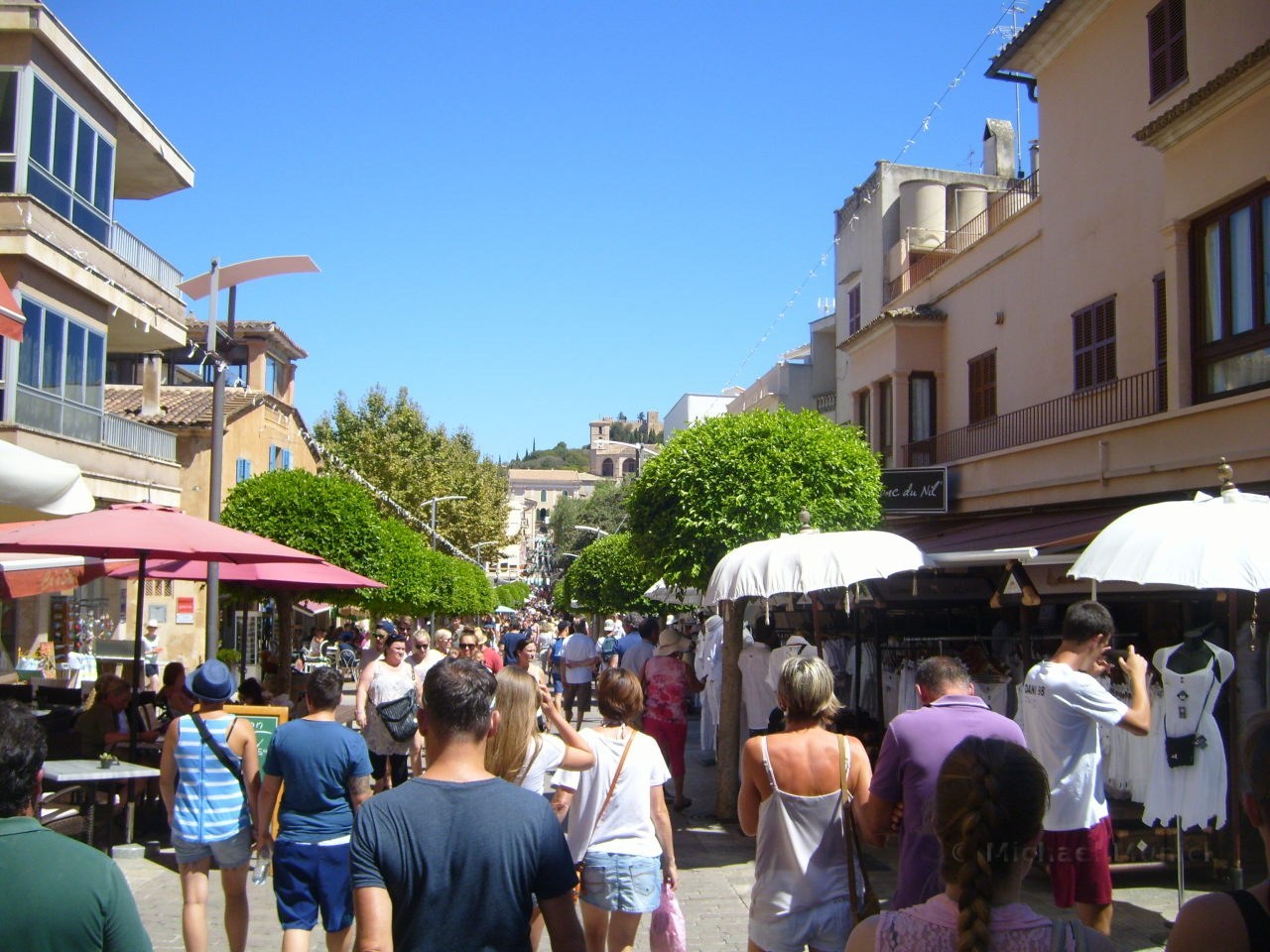