Today I am dedicating a contribution to a bicycle tour around Øster Hurup. In the area around this little village there are well-developed cycle paths and also some official National cycle roads. To the north of Øster Hurup is Lille Vildmose, Denmark’s largest nature reserve.

We rented the bikes from the tourist information office in Øster Hurup, DKr 125 per day and per bike, not cheap, but the helmet is included. Actually, we wanted to borrow bikes from a garage in this town, but the bikes they had didn’t look safe to drive and were already very battered.

We started south towards Als and from there towards Hadsund. In addition to the road, the entire route has a very well-developed bike path, so that you don’t have to drive on the road. About halfway between Als and Hadsund, cycle routes 5 and 21 cross the country road and we continue north on the cycle road. The bicycle streets are really exclusive to cyclists and rarely follow the course of normal roads. Shortly before Solbjerg, an “open garden” called Solpletten invites you to linger directly on the bicycle road. According to the information board, this garden was laid out by neighbors and volunteers from different countries and is intended to be used by travelers to relax or have a picnic.

Freshly strengthened, we continue via Solbjerg to Baelum. In August 2020, the road will be redone here, so that you have to ride your bike over the sidewalk. The two cycle routes also separate here and we continue to follow the 5. However, now the road is clearly getting worse. Instead of asphalt, you now have gravel under your wheels, which is why mountain bikes are attached here. This goes on for a few kilometers, until shortly before Smidie you come across a normal road on which you can continue. In Smidie, the steepest ascent follows directly after a curve. If you don’t have enough momentum here, you can push the bike. The path continues until you come to a moated castle. Here the 5 turns to the right, we miss the turn and continue on the normal road. But here, too, we come to our goal and follow the signs towards Dokkedal. After a short time you come to a rest area where you can get some air for the last stage. From there we drive directly back to Øster Hurup and have covered a total of almost 54 km on arrival. The buttocks hurt a lot despite padded cycling pants, which is why relaxing in the whirlpool is the order of the day.

I bring the visit to the Lille Vildmoset visitor center in another post. 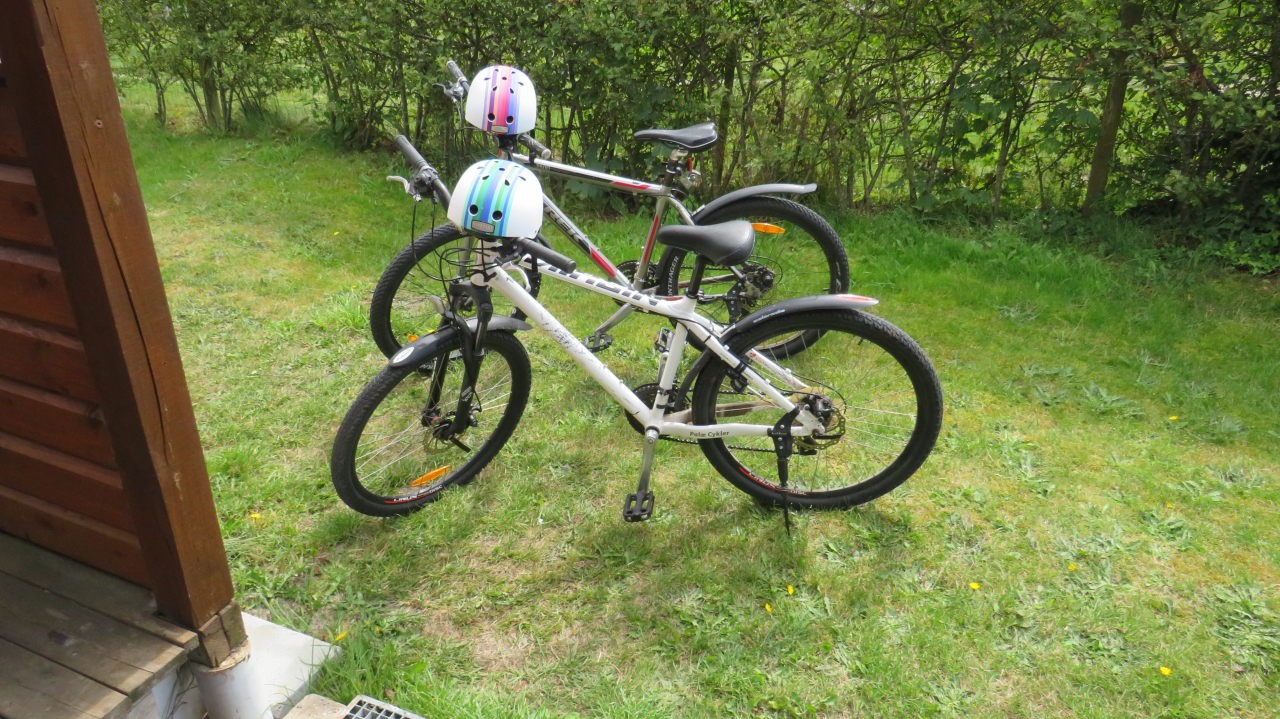