Here is the report about the Lille Vildmose as promised in the article on the bike tour. Since our bums were hurting a bit on the day of the bike tour, we drove to the Lille Vildmose visitor center a day later, including a short detour to the moor itself. As sporty as we are, we took our bikes again and cycled there . From Øster Hurup city limit to the visitor center it is about 10 km. It is very simple: Drive about 8 km towards Dokkedal and then turn left. Then it is about 2 km to the visitor center.

It is interesting that the Birkensø cannot be seen directly on Google Maps. It is north to northeast of Tofte Sø. On closer inspection, you can see the outlines. In fact, this lake had been drained for over 100 years. However, since the end of 2017 attempts have been made to revive it, which has apparently been successful.

There is sufficient parking space for cars at the visitor center, but no real parking space for bicycles. I find that disappointing, as the national cycle route No. 5 leads here, so I would expect some place to park your bicycle.

In the center itself there is a cafe and an exhibition about the moor, peat extraction and the animals that live here. Outside there is a playground for children as well as a viewing platform that can wobble quite a bit in the wind: roll: However, you have a good view here and you should overcome any fear of heights if possible.

Diagonally across from the center, an old moor railway also drives visitors into the moor for a fee. But you can also take a bike and walk from the gate near which the train stops. There is another lookout hut from which you have a good view of Birkensø, the Birch lake and the moor. There are also guided hikes into the moor, which we have, however, avoided.

All in all, it can be said that a visit to the Lille Vildmose Center is worthwhile, especially when the weather does not invite you to swim.

As always, here are a few more pictures: 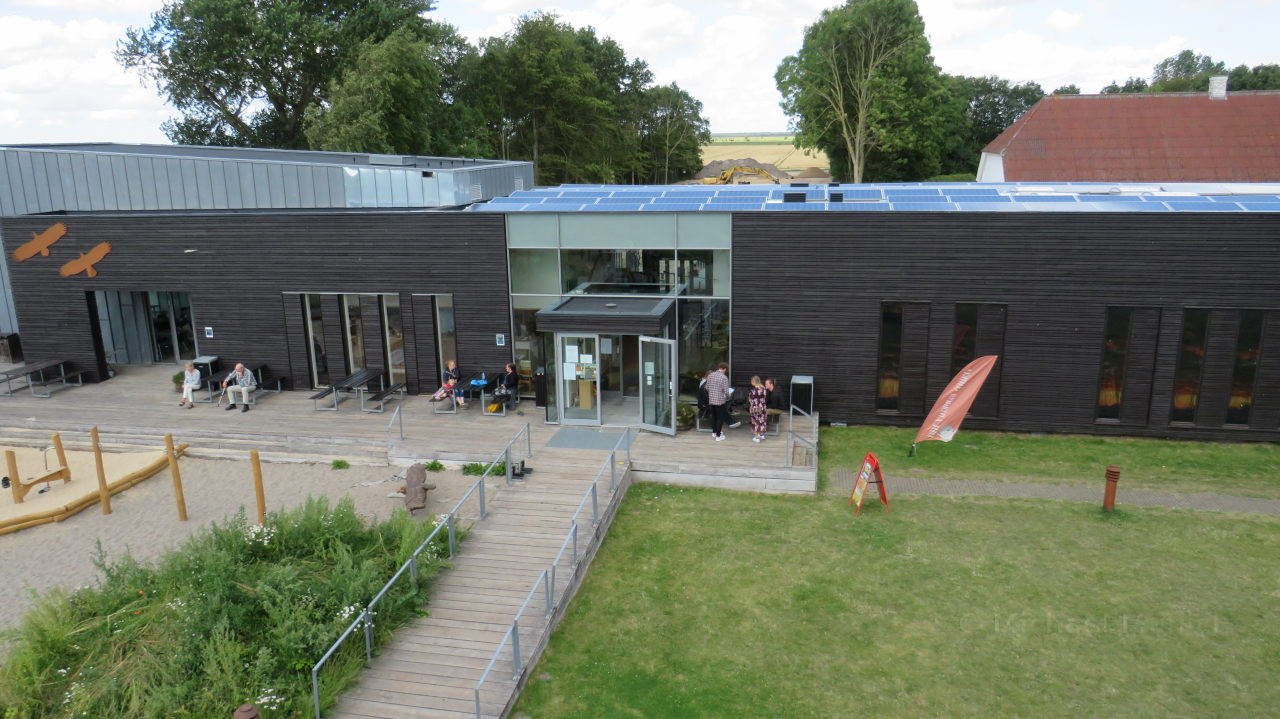