The last trip during our vacation lead us to the northern part of the island. Well, actually, the center of the island would be more correct.Starting from Esquinzo Beach it is a one hour drive with a car. The best route is via the FV-20 and then turn to the FV-30 towards west between Antigua and Casillas del Angel. After 2 km (~1.5 miles) leave the roundabout at the first road in northern direction heading to Tefia on FV-207. After 4.5 km (3 miles) you will see the Ecomuseo with signs on the left side. At the second crosswalk turn left and you will reach the free parking lot.

Here is my well-known overview about the museum

The Ecomuseo is an open-air museum, where you will find 7 building preserved in traditional Canarian style or reconstructed. In some of those houses people had lived until the late 70s of the 20th century. The restoration began in the middle of the 1990s. Coming from the parking lot you reach the first house, where you have to pay the entry fee of 5 €. You will also get a sticker that is put on your clothes so everybody can see, that you really paid your admission. Actually you could walk through the the whole museum without paying, as there are no fences or checks if you have really paid. But that would be quite unfair, as the restoration and conservation will cost quite some money.

In house one you will find the cash office as well as the restrooms. Opposite of this building there is a small house where you can find miniature models of a church and some windmills. After this home you can follow the signs to the second building, which used to be a house where people actually lived in. Next to the kitchen there is a living room and a bedroom including a pisspot. I find it interesting that there are no windows in most of the houses, only doors, all heading to the south. There are also no doors between the individual rooms. That means, you would have to leave the house to get into any other room. That also explains, why there are so many doors at the houses.

To get from the second building to the third one, you have to cross the road FV-207. There is a crosswalk directly behind the house. But you have to be very careful, after 2 steps you are directly on the road and the view to the left is partially blocked by the house.

In house three you can watch a video where it is shown how to make a basket and similar stuff out of palm leaves. Unfortunately, this video is only available in Spanish. There are also no other rooms here to visit, as all other doors are locked.

House four used to belong to Senor Teodosio. Again you can some of the rooms, for example a living room, the bedroom with a small, windowless room next to it, where there is also a bed, most likely for kids, as well as a very nice equipped kitchen. Next to the building there is a mill with some more rooms, that might be used for storage.

Heading forward to house five there is a woman making eyelet embroidery at a speed, most people would rather be seriously hurt, but at her it is looking very easy. In the backyard there are more rooms to be visited. There is a workshop with wooden models of windmills, another one with models of toy cars from metal and yet another one that looks like they produce cheese in here.

In house six there is a pottery, where you can actually buy the produced pots and similar stuff. Next to the pottery there is a weaving mill with 2 weaving looms as well as the aforementioned baskets made from palm leaves.Unfortunately the last of the seven houses was closed. Except of the picture wall you see in the beginning of this post, there is nothing else to see here. This is very unfortunate, as this building looks really interesting.

In summary I can really recommend this place to visit. You should plan at least one hour for your visit, more time is always welcome. You will get a very good impression, how the native people on Fuerteventura had lived here.

Here are some impressions of the museum: 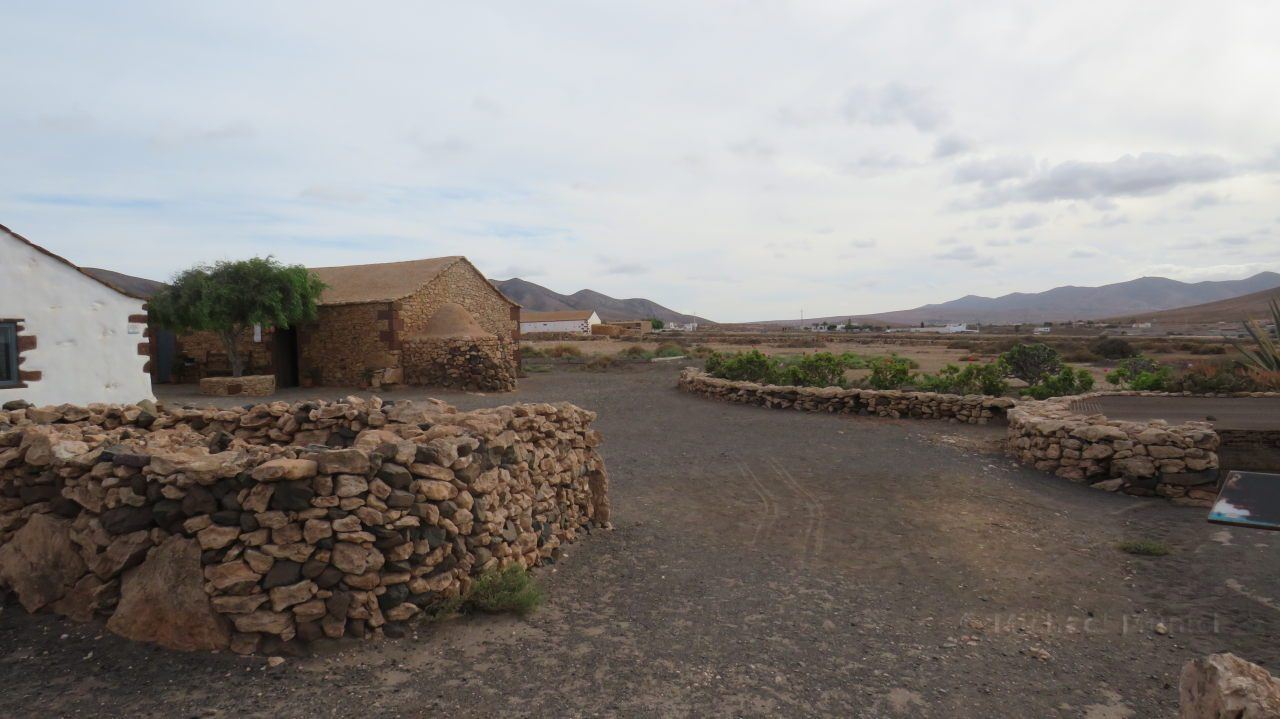