Wildlife parks on the Canary islands : The Oasis Park on Fuerteventura

At the beginning of the 2020 I will start with a new blog post. This will be the first part of a three part series (at least three) about wild parks on the Canary island. And with at least three I mean that currently we visited three parks. In the upcoming years other parks might follow.

So today I would like to write about the Oasis Park on Fuerteventura. This park is located near the tourist hotspot Costa Calma, where you will find lots of Germans.

The park is located directly at the FV-2 between Tarajalejo and Costa Calma, so you can’t miss it when you go there by car. If you don’t want to rent a car you can take a bus as well. In almost every hotel you can buy tickets for the park including the bus transfer. We used this opportunity when we visited the park the first time. Usually most of the hotels have two buses which will bring you to the park in the morning and two that will bring you back to your hotel. That is very convenient, you just have to pay attention when your bus is leaving in the afternoon, which is usually around 5:00 pm. Otherwise you might have to get a taxi.

General information are her:

The tickets are definitely not cheap, currently you can buy them at a reduced price. When we visited the park the last time in November 2019 the prices were even higher with 35 €, but it is worth every Cent. As already stated, you can buy the ticket at almost every hotel or any tourist information, but it is also possible to buy them directly at the park. We did this in November 2019, because we visited the park spontaneously after our sailing trip had to be postponed due to weather and we didn’t have to wait for more than five minutes. The person at the counter spoke German to us, but there are also people speaking English. So you could get information on when do the shows start or what to buy in advance. We decided to buy the Lemur Experience for 14 € each and get really close to those fantastic animals. You can also book a Camel Safari or a meeting with sea lions.

There are some shows available inside of the park which you can visit for free. At the entrance you will get the schedule of the shows. If you plan them in the right order, you will be able to visit all of them on one day:

You can see some pictures of the shows in the gallery below. The goal of all those shows is more towards education about those animals and their way of living and not showing some kind of Circus tricks. For example at the Sea Lions show they explain the differences between sea lions and seals. Especially at the Fauna Live presentation you will get very close to animals, and I could see some visitors running quite fast when the snakes were presented…

So, we headed first to the parrots show which is located inside of a building near the entrance. There you will have parrots like macaws or cockatoos flying over your head. The visitors will be also involved in the show. But still this is far from other shows where you have parrots rising bikes or doing other tricks. If the birds don’t want to do some what was trained, then they don’t have to. It might happen, that they fly to some place in the building and wait there until the end of the show. As written before, the goal is to teach you some knowledge about the animals and their lifes.

The show itself was relatively short, so we had some time before we had our time slot in to the Lemur Experience. We got aware of a large cage with some monkeys in it. There was a poster which showed every monkey in the cage and how to distinguish between them all. All those monkeys had been bought by some private persons and kept as pet. They hadn’t been treated like they should have been and adopted some human behaviors like smoking, drinking booze or eating chocolate. Some of them were even chained and tortured. The Oasis Park rescued them and tries to give them some kind of normal life. Most of those monkeys would never be able to live in the wild as they have never learned normal appropriate behaviors.

Then it was finally time for the Lemur Experience. You will be able to join a group of 15 to 20 people and enter the large cage of the lemurs and will get very close to those funny animals. Of course you can get special photos of you and the lemurs taken by a photographer from the park and purchase hem later when you leave the park. But you don’t have to. You are not allowed to feed the lemurs or touch them. This is left to the guardian. But the lemurs are definitely now shy and very curious and it might happen that one of them just jumps onto your shoulders, as seen on one of the pictures below. That alone is worth the money.

One other highlight in November 2019 was the young hippo which was born just some weeks ago. But seeing it or even getting a photo of the baby hippo was very hard. Mom & dad protected it really well. We were lucky and waiting for some time paid off and we could see the little baby.

If you get hungry you can go to one of the restaurants in the park and get some food for reasonable prices. The meals are the typical fast food with pizza, pasta & co, but not bad at all. Of course there are also special meals for kids available.

Here are some impressions from the Oasis Park, taken in April 2018 and November 2019. 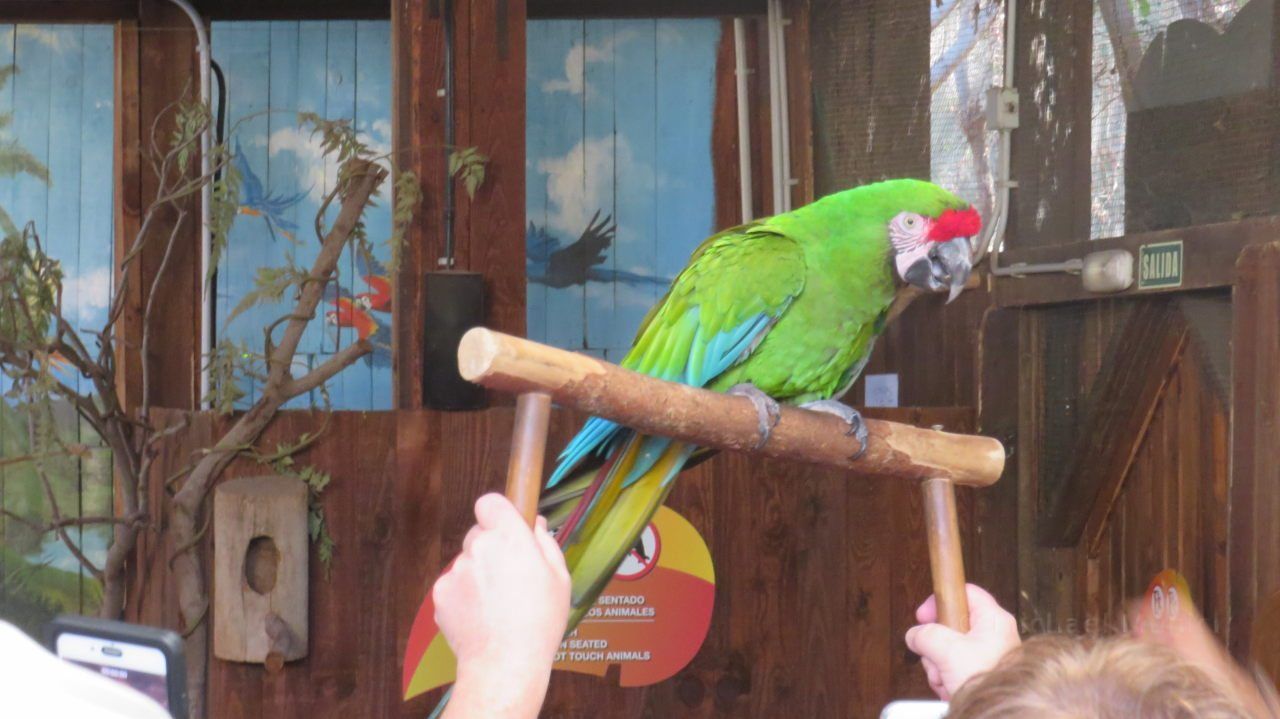