Here is my first recommendation for Fuerteventura. Well, actually there are three, but just read how we came to those three recommendations.

Our actual goal was the Museo de las Salinas del Carmen, the saltworks museum. It is located in the east part of the island south of the island’s capital Puerto del Rosario. You can’t miss this museum if you drive the FV-2 from Puerto del Rosario in southern direction or coming from South to the airport. There is enough parking space.

In the museum you can usually find two exhibitions. One of them is changing regularly, when we visited contemporary art was shown. I am not really a fan of this, so we headed on to the permanent part. This one was much more interesting and showed, how the salt was “harvested” from the sea and how the saltworkers had lived here roughly one hundred years ago.

I really like the video the showed here. It was not just projected on a plain screen. The wall had some elements which looked quite strange before the video started. But after starting of he video you could see the purpose, because by projecting onto those elements, some plastic effects were generated, that really looked amazing.

After leaving the exhibition you can visit the actual saline and see, how salt was made from the sea water in the traditional way. And the traditional way was different here because they just didn’t pump the sea water into those basins, no, they collected the spray of the waves hitting the rocks and put this into the different pools. From there on it is very traditional by evaporating water and concentrating the brine. So this salt here is somehow special as they claim that the components in the spray are different. That is why they call the salt here “spray salt” and of course, you can buy this salt in the museum’s shop.

The saline is actually in use and also being renovated to restore its original capacity.

Additionally you can also see a skeleton of a fin whale which stranded on the island and died.

I can definitely recommend visiting the Salinas de las Carmen and bring some salt for your friends and families as a nice little present. 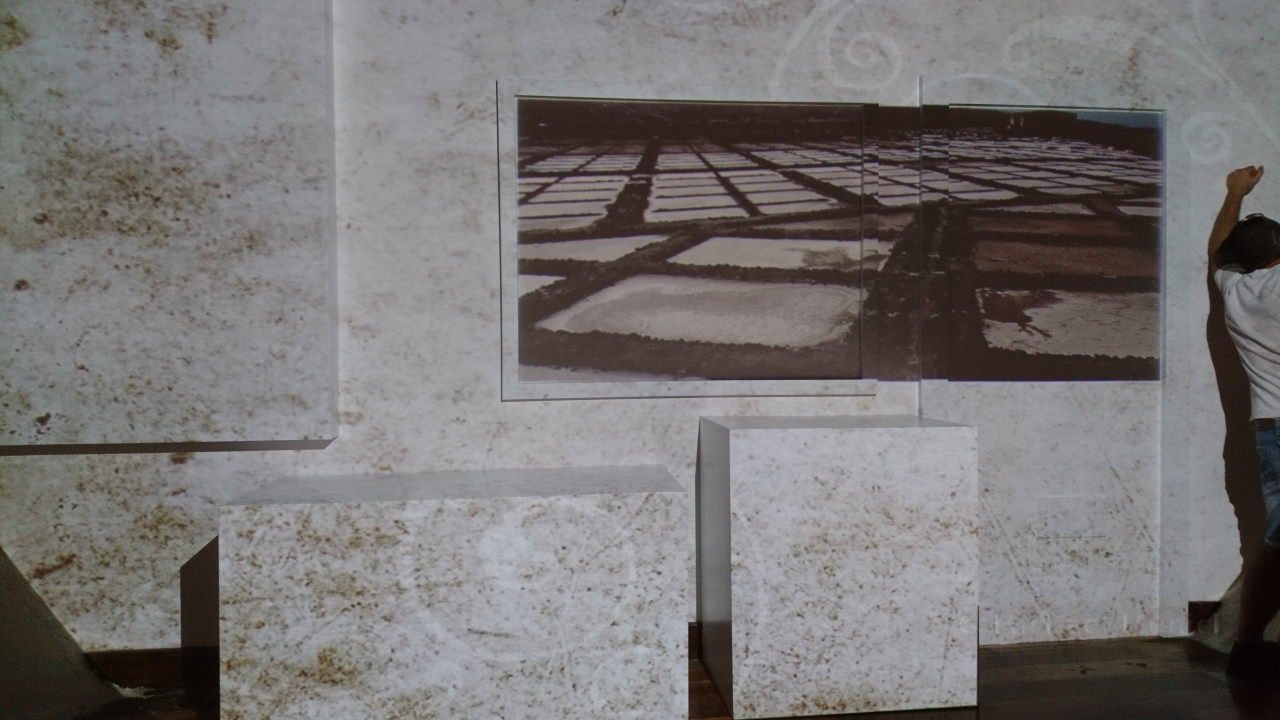