With Finnair to Japan (and then to South Korea)

Here is a second report on an airline. This time it’s Finnair and this will be the first of two parts.

Last October I was on business at the 82nd General Meeting of the IEC (International Technical Committee), which took place in Busan, South Korea. My travel agency had chosen an interesting route for the flights:

All Finnair flights were Business Class, the other two flights with Air Busan (NGO – PUS) and Korean Air (PUS – ICN) were in Economy. This first part is mainly about the outward flight, or more precisely, the journey to Nagoya in Japan.

The flight from Tegel to Helsinki was not very spectacular. The aircraft was an Airbus A321 with the identification OH-LZG, whereby here the business class as with most intra-European flights differed from the economy only in that the middle seat in the row remains free. The seats were covered with a light fabric, there were light green cushions and the legroom was ok.

There was also a little something to eat and drinks were served several times on the two-hour flight.

Since we started with a delay, the transfer time in Helsinki was very short. We were also docking at the other end of the terminal, so I had to go to the departure gate quickly. Quickly through passport and security control, then I was at the gate on time when boarding was already underway. As a business class passenger, I got on the plane and my seat a little faster, of course.

The aircraft was an Airbus A330-300, which was already 10 years old. The business class was seated in an alternating 1-2-1 & 2-2-1 layout. I had seat 5A, so by the window, as I like it, but with a seat next to me that I had to climb over. In principle, that’s ok. The space was very good. The seat can be moved into a flat bed without any inclination (lie-flat). Of course, there was also an amenity kit with the usual repertoire, but in stylish packaging in Marimekko style. As a welcome there was also a glass of champagne.

After the start, I began, as usual, to rummage through the range of films and watch various films. The offer was good and also available in various languages, even if there are now airlines that have more choices. With the best will in the world, I can’t remember what exactly I had for diner. But it tasted good and the red wine with it was delicious. Then I tried to get some sleep, which I managed reasonably well. About 90 minutes before landing there was breakfast and we touched down in Nagoya on time.

Nagoya Airport is spectacularly located on an artificially raised island off the coast. Another adventure began here. I couldn’t check in online for the last leg. Air Busan doesn’t seem to know about online check-in, which amazes me for a technology-loving country like South Korea. I tried to get my ticket at a counter in the transit area because my luggage should also be officially checked through to Busan. But that didn’t work either. So I only had one choice: Enter Japan, take my luggage there, then to the Air Busan counter to check in and check in my luggage. I was even given a window seat in the emergency exit row so that I had plenty of legroom. The nice ladies had thought about it or had pity on me, a tall European. In any case, after the security check, it went to the gate and then to the last stage, on which I slept most of the time.

I still have to mention something positive: When I was asleep, the on-board service was done and when I woke up, a sticker with Korean and Japanese characters was stuck to the seat in front of me. Since I couldn’t read it, I thought nothing more. In the end I found out that this was a marker for the crew or information for me that the on-board service had already taken place and I had not received anything yet. I should have just got in touch and got something. I’ve never seen anything like it in Europe.

That should have been it for the time being, the second part will follow soon. 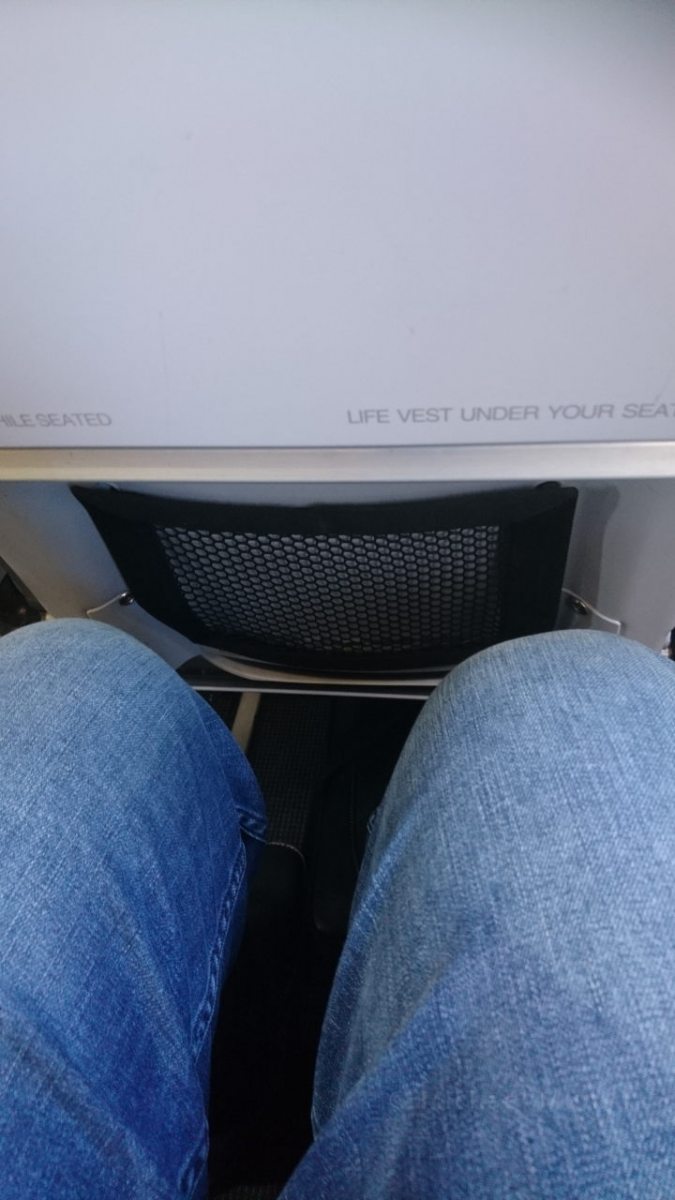