As announced on Tuesday, the second part of the trip report with Finnair. This time the way back home, which took place on a different route than the way there.

It started from Busan shortly after 7 am in the direction of Seoul-Incheon in a Boeing 737 from Korean Air. When I arrived in Incheon, I first had to find the long way from Terminal 2 to Terminal 1, including changing from one train to the other. Quite complicated, but everything worked out and I arrived at the gate on time, so there was enough time to have a quick meal in the lounge directly opposite.

This time the aircraft was an Airbus A350-900 (MSN 134) in Marimekko Livery and the registration OH-LWL.

From the lounge we went straight to boarding. When boarding there was the first negative point: I had to exchange my ticket, which I only had on my mobile phone, for a real one made of paper, which of course took time, luckily the two men behind me had the same issue. When I arrived on the plane, I immediately took my seat again, this time on the right-hand side in seat 3L. In contrast to the A330, the comfortable 1-2-1 configuration is already used for the business class seats, which give every passenger direct access to the aisle. The space is again very good, with a blanket, pillow and the amenity kit ready. Among other things, you can switch between the 2 external cameras on the monitor. One is attached to the rudder, the other under the aircraft. I think both views are brilliant.

However, there is now a point deduction: The range of films on the flight was a joke. There were only seven films (yes, 7 films in total) and some were definitely not my taste. The reason for this was most likely a problem with the electrics, so that there was only a very reduced offer on in-flight entertainment. What a shame. Otherwise everything was fine: the food was very good, as was the red wine. My highlight was the toilet, which again had a window. Unfortunately this was in my back so that you couldn’t just look out while you were sitting on the toilet. I don’t know if that’s still the case, but at SAS in the Airbus A340 you could even look out while you were sitting in the quiet toilet because the toilet was large and slightly rotated.

Well, that’s supposed to be it again. The day after tomorrow TAP is going to Brazil, then there will be an updated report. 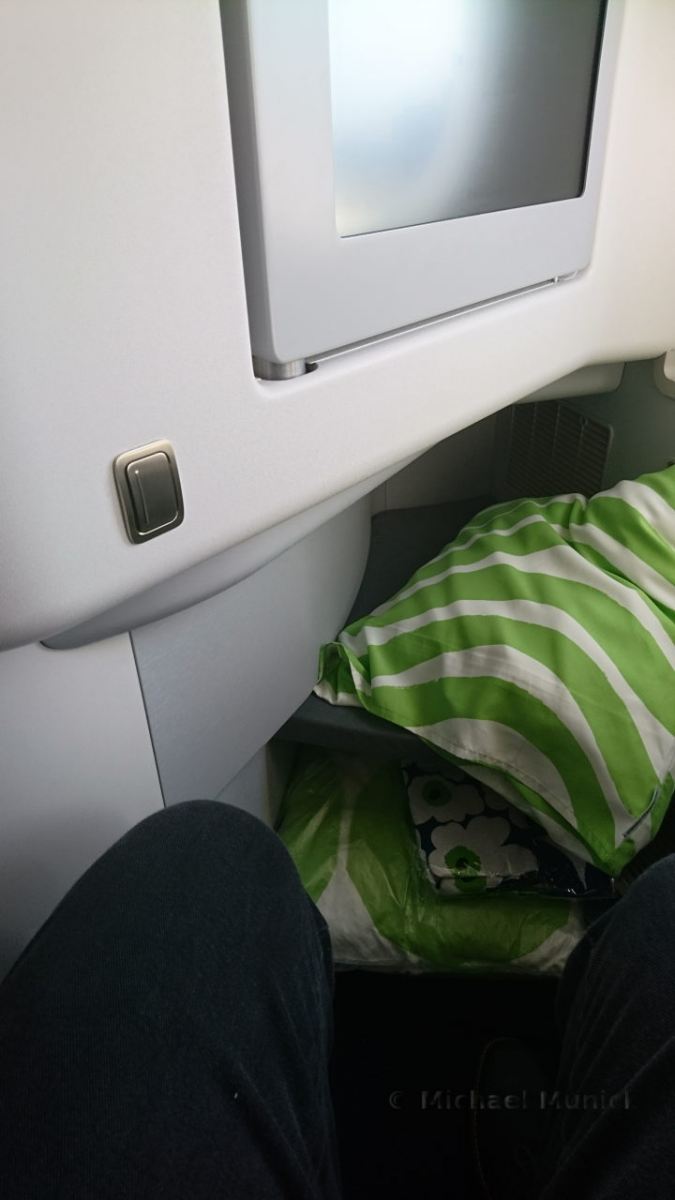