With TAP in business class to Brazil

As promised 2 weeks ago, here is a trip report about my recent business trip to Porto Alegre in the business class of TAP Portugal.

Since I had to go to Porto Alegre for a week on business, I started looking for a reasonable connection from Berlin to the southern Brazilian city in December. In addition to many connections where you have to change trains twice and sometimes have longer stays at Brazilian airports such as Sao Paulo or Brasilia, I came across that TAP Portugal offers a direct flight from Lisbon to Porto Alegre several times a week. Since my meetings were supposed to last from Monday to Friday, I found a suitable outward flight on Saturday and the corresponding return flight a week later from Saturday to Sunday.

After the flight to Lisbon left Tegel at 6 a.m. and I was at the airport very early, I spent the flight to Lisbon more or less asleep and didn’t eat anything. When I arrived in Lisbon, I first went to the Business Lounge, where I had something to eat for breakfast. The plane left punctually at 11. The aircraft was an approximately 16.5 year old Airbus A330-200 with the identification CS-TOQ, which, however, already had a fairly new business class. The seating arrangement was alternating between 1-2-1 and 1-2-2, with my seat being 4K at the window, but unfortunately someone was sitting right next to me that I always had to climb over. On the return flight I had a 6C in the same configuration, which was even more comfortable because nobody was sitting next to me.

As a welcome drink you could choose between sparkling wine, juice and water, whereby I opted for the sparkling wine. The space was very good, the seats can be extended to form a flat bed, although I somehow had the feeling that I was always in a wrong position for comfortable sleep. Other people on the plane felt the same way. One look at the menu and I already chose my lunch.

After the start, the in-flight entertainment system was also on. The selection of films is good, even if I’ve seen bigger ones. The repertoire of films ranged from classics like “Ben Hur” or “Rebel without a Cause” to current material like “Bohemian Rhapsody”. I found it remarkable that in addition to 6 or 7 James Bond films, all Harry Potter films were also offered.

After about an hour lunch came, first of course the starter, then the main course. I didn’t eat dessert because I didn’t want to eat anymore.

The flight itself was quite calm, at least over the Atlantic; it was only over Brazil that there was increased turbulence, but this was limited. After about 11 hours we landed in Porto Alegre at still over 25 ° C.

The return flight a week later was in an identical A330-200, but Business Class differed in one detail. The plane on the outbound flight (CS-TOQ) had no overhead lockers above the middle seats, which led to a good feeling of space. On the return flight, however, the aircraft used (CS-TOP) had overhead bins above the middle, which made it feel more cramped.

I myself don’t know what better to find. Without the luggage compartments in the middle, everything looks more open, but all luggage then has to be stowed in the compartments on the sides. Since experience has shown that passengers in Business Class often fly with more hand luggage, the compartments are usually quite full. If overhead bins are also in the middle, there is plenty of space for luggage and it does not have to be squeezed … 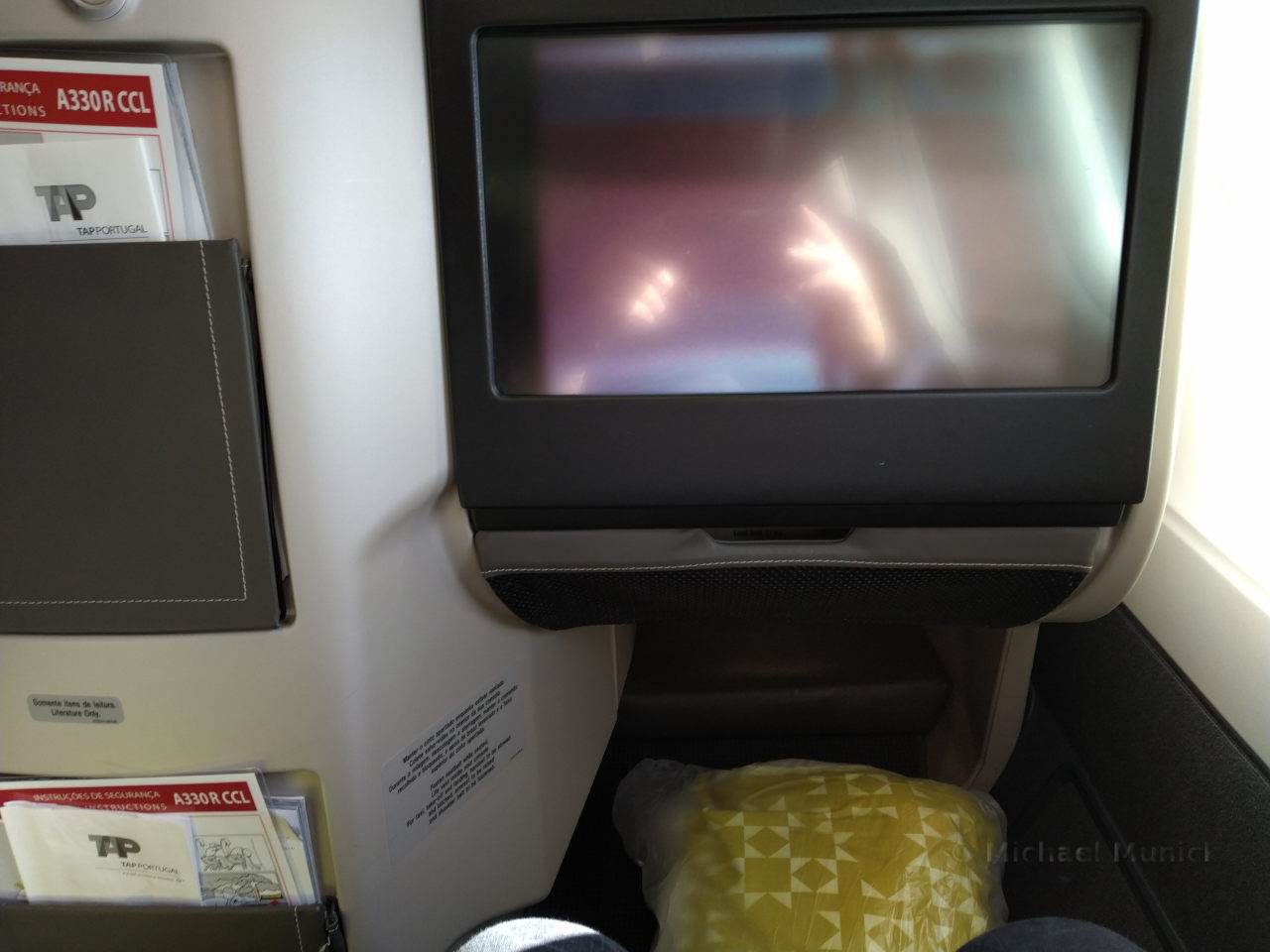