Barranco de Guayadeque – The valley of the cavemen

Gran Canaria has more to offer than just beaches and sun. If you rent a car and get away from the tourist centers in the south, you will make some exciting discoveries. Coming from the south on the GC-1 in the direction of Las Palmas and turning left shortly before the airport, you get to Agüimes. If you drive north on the GC-100 and take the junction to the left on the GC-103 shortly before leaving the town, you will reach the Guayadeque valley. What is so special about this valley? Well, here the residents didn’t just build houses, no, they carved their houses into the rocks and later expanded the entrances so that they look like houses.

After a short time you can see a museum on the left side of the street, the Centro de Interpretación del Barranco de Guayadeque. There you can learn more about the history of the valley and its inhabitants.
If you drive further into the valley, you will reach the Bar Restaurant Guayadeque halfway, where you can eat typical Canarian food. I wouldn’t eat too much there as the culinary highlight is further up in the valley. Like the residents’ houses, the restaurant is carved into the rock. Several people live in their typical cave houses in the immediate vicinity. We got to see one, and although I took photos of the inside, I won’t show them here. Suffice it to say: there is running water and electricity. Civilization has just arrived there. It was also interesting to learn that when new rooms were needed, such as with a new child, a new room was simply carved into the rock.

If you drive a few kilometers deeper into the valley, you will come to the highlight at the end of the paved road. On the one hand, there is a fantastic view of the green valley from here, on the other hand there are several restaurants, a souvenir shop and if you want you can even stay in a suitable house here. We were in the Tagoror restaurant, which has typical Canarian specialties as well as “normal” food. The restaurant is particularly beautiful because it is completely carved out of the rock, including the tables and seating. It must have been incredibly complicated to plan all of this exactly. Too much stone removed once and you have to reschedule.

For me, the Barranco de Guayadeque was one of the most interesting experiences in Gran Canaria and I can recommend a visit to every visitor. 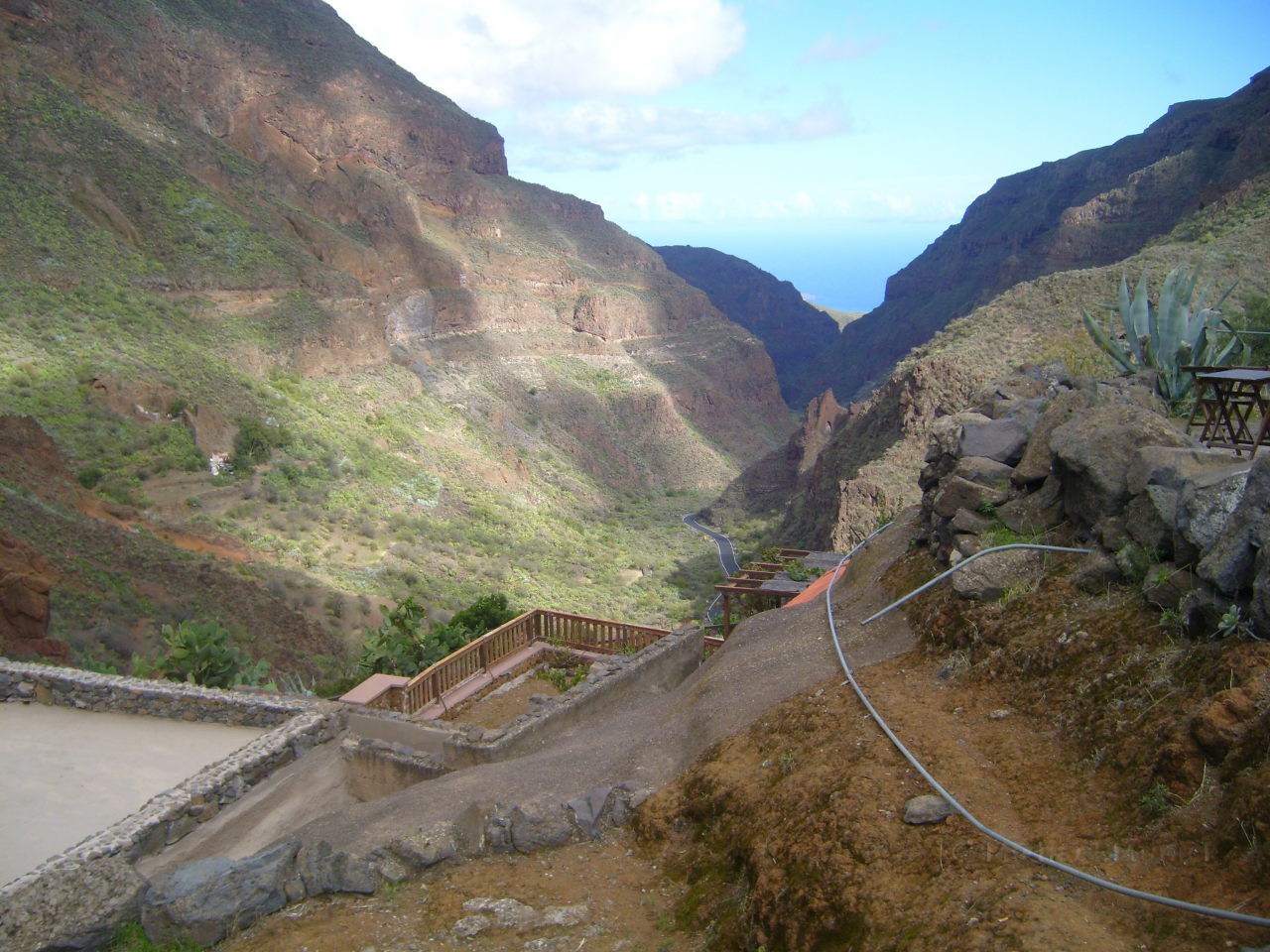