Hiking inside of a caldera

During our vacation on Lanzarote I really had to walk into a caldera, a crater of a non-active volcano. You can see a lot of old volcanos on Lanzarote, and one of them was in the neighborhood of our hotel. As one of the sides was missing (it looked like it slipped down long ago), it should be very easy to get into the caldera and visit it. The mountain I am writing here of is called Montana de Tinaguache near the town Costa Teguise.

So we made a plan with the help of Google Maps to get there. In the afternoon we started the tour with nice weather and enough drinking water in our bags. The route lead us first through the town until we reached the foot of the mountain. There was a wall of stones, roughly one meter in height, but we could find a kind of gate where we also found a path, which looked promising to get up the mountain. We climbed up the hill, which was quite steep and sometimes even slippery because of the loose rocks.

We had a short rest, ate and drank something and enjoyed the beautiful view over Costa Teguise and Arrecife in the distance. Then we went down into the caldera and then had to climb up to the other side of the crater, which was even steeper and more slippery. We arrived at some kind of plateau and had to decide if we would like to climb further up the mountain or go back to our hotel. Because we were not completely sure if we would make it back to the hotel by sunset, we decided to return to the town by going down the other side and walk back across the plains. The red rusty dust was sticking to our legs and shoes, so we must have looked quite funny, when we arrived in Costa Teguise and walked along the beach to our hotel. 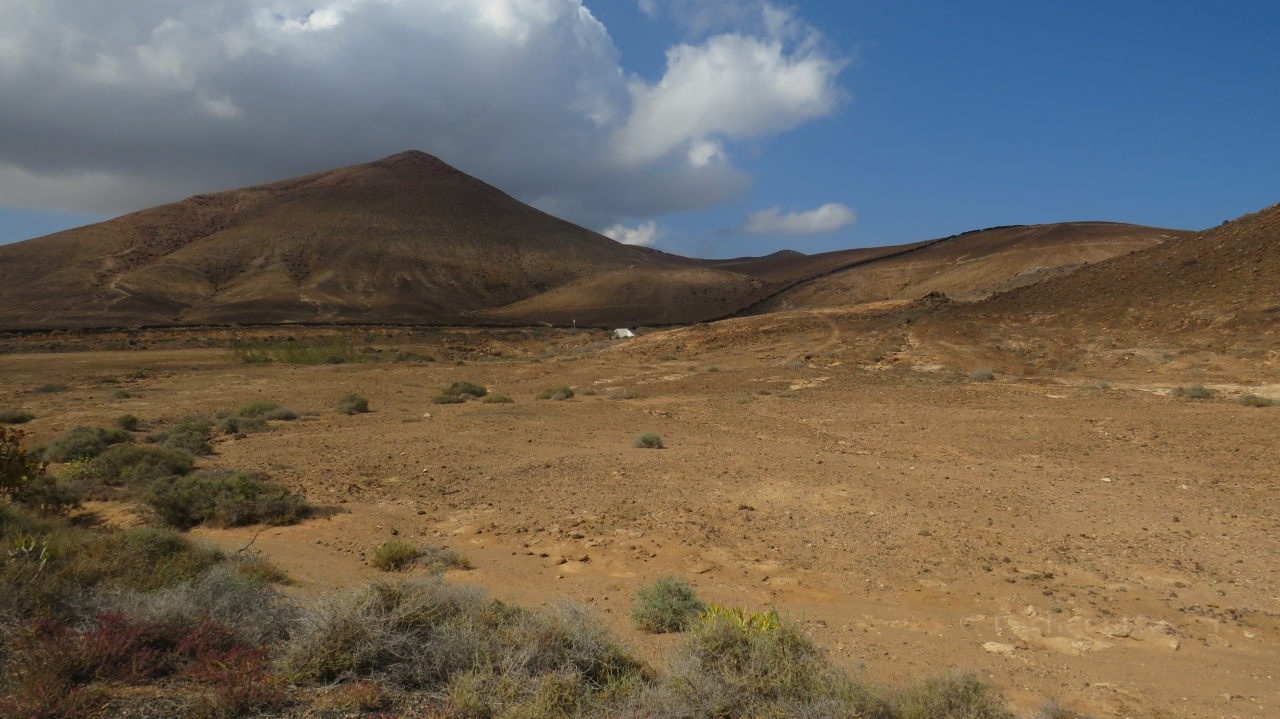