An adventure with the Twizy

Here is another post from our vacation on Lanzarote. When we arrived at the hotel and saw the first flyers with special offers there was on offer, that really drew my attention: With the Twizy into the Timanfaya National Park.

If you don’t have an idea, what the Twizy is, here is a short explanation. The Twizy is an electrical vehicle which is mainly used in cities, but can be also used for short excursions. Technically it is not a car, because it would fail in some of the safety crashes today which are mandatory.

So we booked the tour in our hotel. 102 € for two people sounds expensive, but sometimes you just have to do such fun activities. So our trip was scheduled for Sunday morning 8 am. This is quite early and it was even worse, in that night daylight saving time started, so we had even one hour less sleep. After the breakfast we were picked up exactly at 8 am with the bus which brought us to Puerto del Carmen.

Our guide Dietmar was already waiting for us. Our group consisted of 18 Germans and two French. Dietmar was originally from Austria, but has lived for a very long time on Lanzarote. He was a funny guy and we felt well entertained by his jokes and stories already.

The we had our introduction to the Twizys. In contrast to the pictures on the homepage all our Twizys did not have doors.

But now, the fun part began. We started our tour and first drove to the Volcán del Cuervo, the volcano of the raven.

If you would ask me how it is to drive a Twizy, I can tell you it is pretty much like driving a normal car with automatic shifting. But there are no gears and and you have a constant, quite impressive acceleration directly from the start. Because of the missing doors it is a little bit like driving a Go-Kart. But when I had to brake for the first time, you really feel the missing brake booster. Your foot has to stand on the pedal with quite some force. And there is also no power steering, so your arms have also some work to do. But the rest is almost like a normal car. Maximum speed is 85 km/h which is more than enough and because of the missing doors, this feels much faster.

After 20 minutes we arrived at a parking lot and started to hike to the volcano. The path leads directly into the crater and is well developed. After a short stay with some explanations by Dietmar we went back to the parked cars.

Here are some impressions from the Volcán del Cuervo: 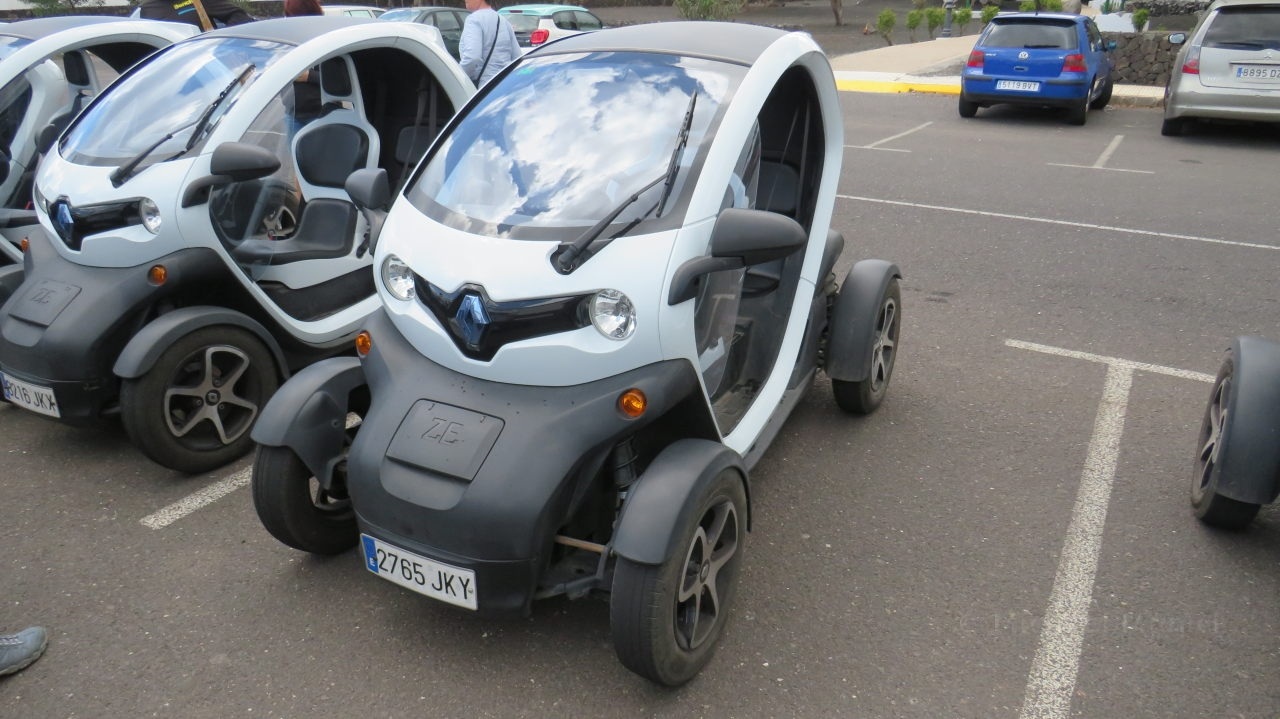 Then we got back to the cars and continued our trip to the Timanfaya National Park to the fire mountains. The entry fee is 10 € per person and was not included in the 102 € for the tour. Dietmat had collected the money already before we started, so we could go very quickly to the parking lot in front ot the main building. You are not allowed to enter the rest of the park by your own car and you have to take the official bus tour, which also starts at this parking lot. The bus tour is about 35 minutes and you can listen to the background stories in three different languages, Spanisch, English and German. The quality of the pictures is not very good, because they were taken from inside of the bus and you must not leave the bus at any point on the tour.

After the bus tour we could go for lunch in the restaurant or watch some of the demonstrations to visualize how hot the ground still is. There is a magma bubble at around 3000 to 5000 m underneath the island. For example they put some twigs into one hole in the gorund and after some seconds the were burning . Or just watch this video here, where water is poured into a hole. Watch the geysir!

Of course you can also go and see the natural grill, and if yo want, also get the food from there. This barbeque works with only the heat that is in the ground and was, as well as the main building, designed and developed by Cesar Manrique. Anyone who has ever been on Lanzarote has heard of him. 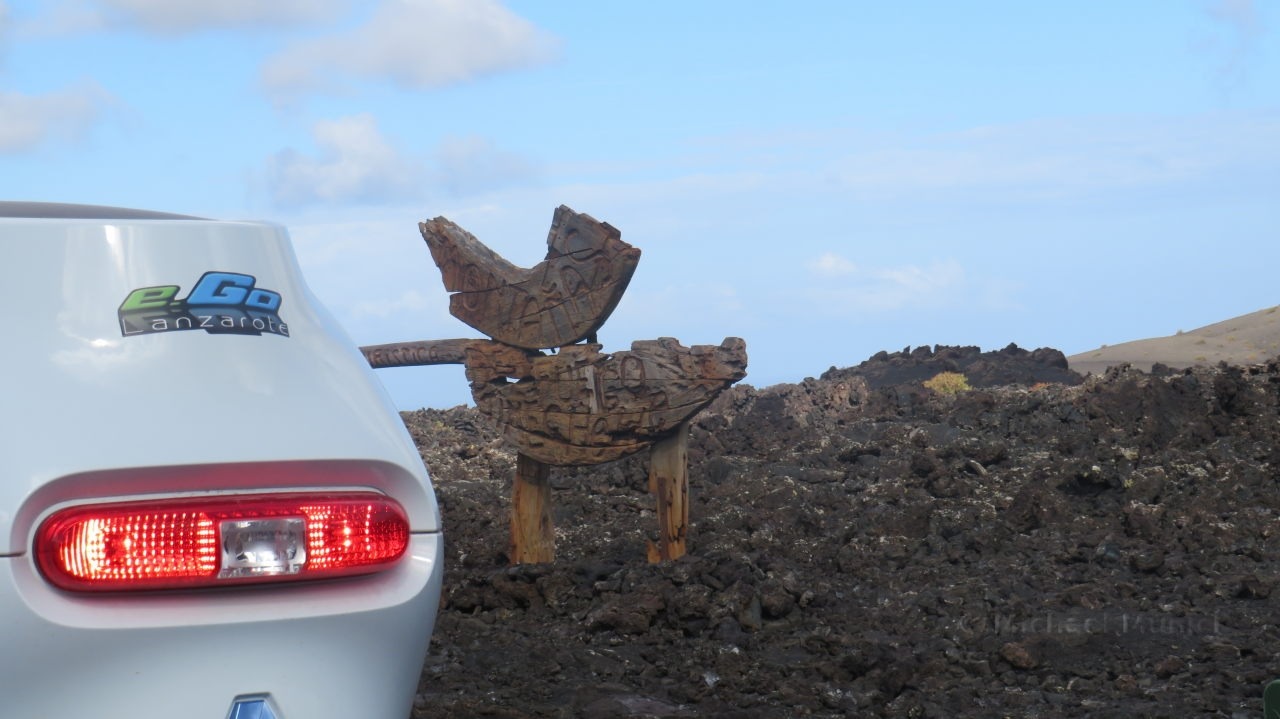 For the last part of the tour we went to the Bodegas Rubicon, where you can eat and drink something and of course taste the wines from Lanzarote. Here you can see the very special way wine is grown here if you have ever been to a winery in France or Germany. The reason for this special way of growing is of course the arid climate with only little rain. If you want to know more about it, you should come here and ask the people who do this work.

Unfortunately we had a very special day. When we had arrived at the winery it suddenly started to rain quite heavily. But after 20 minutes, everything was over. Well, not really, on our way back to where we started it began to rain again, but driving in the warm rain without doors can be real fun. As long as you don’t pay attention to your wet and dirty clothes.

Here is the last gallery. Again I would like to say thank you to Dietmar , who really entertained us, although he had to work on a Sunday and we were the lamest group ever 🙂 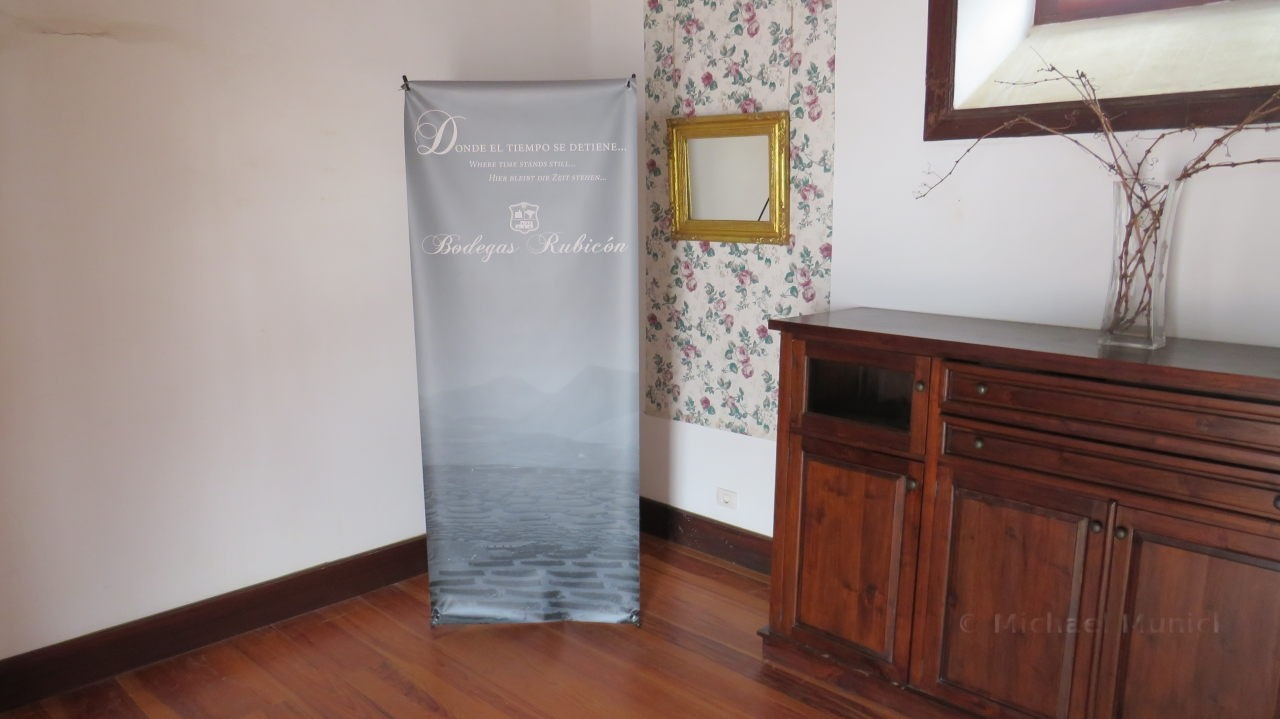